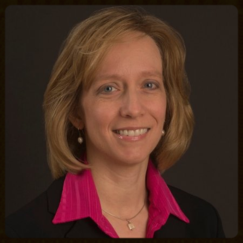 retired in June, 2011 as High School Band Director and

College Area School District was recognized nine times as one of the Best Communities for Music Education in America; in 2005, 2006 and 2007, State College Area High School was named a Grammy Signature School.

He is the chair for the NAfME Council for Jazz Education and was the guest director of the 2013 PMEA All-State Jazz Ensemble. Mr. Victor was president of the Pennsylvania Music Educators Association (PMEA) from 2000-2002. He served as president of the PA Unit of the International Association of Jazz Educators (IAJE) from 1989-1993 and was PMEA All-State Jazz Coordinator and PMEA News Jazz Editor from 1993-1998.  Mr. Victor was the Assistant Executive Director of the Gordon Institute for Music Learning (GIML) from 2011-2017 and is currently an Adjunct Instructor for the University at Buffalo Graduate School of Education Online.

Mr. Victor was awarded the James R. Stewart Distinguished Service Award by the Pennsylvania Music Educators Association in 2007, and he was the 2008 recipient of the Walter J. DeLacy Excellence in Instruction Award given for Outstanding Service to Public Education.  In 2009 the Penn State School Of Music selected Mr. Victor as the first recipient of the Outstanding Music Educator Award.  He was selected as the 2010 PA State Representative for School Band & Orchestra's "Fifty Directors That Make a Difference," and was named the "Bandmaster of the Year" by the Nu Chapter of Phi Beta Mu in 2011.  In 2012 he received the PMEA District 4 Distinguished Service Award.

Mr. Victor has been a guest conductor and adjudicator for concert band and jazz events in Delaware, Maryland, Pennsylvania, and Virginia and currently serves as an instrumental adjudicator for Music in the Parks.  He frequently serves as a clinician, consultant, and/or featured speaker for school districts and music events throughout Pennsylvania. He has presented at five NAfME (formerly MENC) national conferences, three NAfME Eastern Division conferences and the 2008 Americans for the Arts National Convention. He also has been a presenter for six different MEA state conferences, three JEN National Conferences, and three International Conferences on Music Learning Theory. 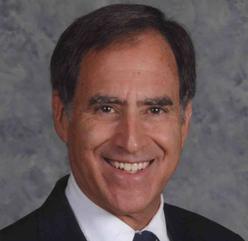 She has presented clinics on music learning theory and its applications in several states, regionally at MENC’s Eastern Division Conference, nationally at AOSA, JEN, and NAfME National In-service Conferences, and internationally at three International Conferences on Music Learning Theory and at the 2nd International Symposium on Assessment in Music Education.Dr. McDonel was awarded the Distinguished Teacher-Educator Award in the Department of Learning and Instruction of the Graduate School of Education at the University at Buffalo in 2010. She is published in the GIML Audea, Mass Music News, Perspectives, and ZDM – The International Journal on Mathematics Education, and is a contributing author to TIPS: The Child Voice (2010 revised ed.) and Musicianship: Composing in Band and Orchestra (2013). Dr.McDonel’s research interests include measurement of music achievement and the relationship of music learning and mathematics learning in early childhood.

Dr. McDonel is also a composer of music for young band and choir.  Her works, “A Joyful Noise” and “Appalachian Whisper” are published in the Boosey & Hawkes Windependence Series.

A commissioned work,  "Nittany Valley Sunrise,” was premiered by the combined CCMEA Band and Choir in February, 2011. Her choral piece, "Where All Belong," was written for and premiered by the Amherst Bel Canto Choir in 2011.  She also collaborated with Richard Victor to compose “Swingin’ from the Start”and "Chasin' My Blues Away," a series of pieces written to provide young instrumentalists an opportunity to learn swing style jazz interpretation and develop confidence in improvisation in a concert band setting. Contact us for purchase information.